Welcome to our van life videos series! We regularly publish #vanlife vlogs on our YouTube channel, and are excited to share them here on the site with you as well. If you find them useful or entertaining, please don’t forget to leave a thumbs up and a comment on the video, and if you’re feeling extra awesome, smash that subscribe button! Thanks friends.

On the next episode of our van life Australia road trip series, we made it to the gorgeous region of Jervis Bay, home to some of the whitest sands and bluest waters in all of Australia!

We wasted no time checking out all the amazing things to do in Jervis Bay, from hanging out at Hyams Beach to going on a whale-watching cruise, exploring Currarong and of course getting a cheeky beer (or 3) at the new Jervis Bay Brewery.

Marlee has been an absolute dream so far on our van life journey and travelling around New South Wales and Australia by van has been the best way to see this country.

Thanks for watching guys. Leave a comment if you liked the video or hit the thumbs up button. Don’t forget to subscribe if you haven’t already.

When you do, click on the notifications bell to receive updates when we launch a new weekly video.

Cameras We Use for Van Life Videos

Here are some of the cameras we use and recommend for our van life videos:

Hi we’re Alesha and Jarryd and welcome to another episode join us as we travel around Australia in our sprinter van Marlee.

The sun’s finally coming out now and I think this is why people come to Jervis Bay because the water is absolutely pristine.

But of course when we arrived it was all grey and stormy so we didn’t quite see that, but now that the lighting is getting here it’s pretty damn beautiful.

The colour of that water is insane. There’s our caravan park.

What is this walk called?

This one’s called White Sands Walk. I’m not quite sure how long it goes for.

You go all the way out to the lighthouse up there Providential Point it might be called. It’s meant to be one of the top things to do in Jervis Bay so on a sunny day no doubt we’ll try to tackle the whole thing.

The caravan park was a great location but unfortunately they only do powered sites between $40 and $50 a night.

There is a free camp on the highway but you will have to drive in and out of Jervis Bay every day.

Jarryd’s got the hiccups. Spicy.

So we’ve just come to get some breakfast/lunch and Jarryd went to the bakehouse just in town and apparently we’ve heard about their pies.

So what did you get me?

It’s absolutely delicious and Jarryd got a spicy one because he’s got the hiccups.

Then we got coffee from, uh Two Pigs is it? Two Pigs yeah Two Pigs down the road.

So we try and get our meals and drinks or whatever from different places. We’re just trying to share the love around and not get everything from the same place.

So tomorrow we’re going to give another restaurant a go and another coffee shop a go and see uh which coffees are the best.

Now we’re going to explore the beaches where our first beach is called Hyams Beach. Is that correct yeah?

We’re on our way to Hyams Beach and this is our first one where we’re going to see the turquoise water and the white sand.

It’s a beautiful day here in Jervis Bay and we’ve decided to come down to Hyams Beach which is known for having some of the whitest sand in all of Australia.

We haven’t actually seen the sand yet walking through the forest to get there but I got a feeling it’s going to be pretty amazing so you guys are going to see the sand at the same time as us.

Are you going to get in the water Alesha? Maybe.

So i brought the drone down here but 2 things about Jervis Bay – Most of the area is actually in a military airfield so you can’t legally fly here.

I’m not going to do that but the other thing is even if you wanted to fly, that’s a big ass navy ship right there. Probably not a good idea to go buzzing a drone around there.

I think thats is a full no no.

That is a definite no for drone flying here at Hyams Beach.

So if you come out to Beacroft Headland there’s a couple of different walks you can do. There’s a longer 9km one, but we’re gonna do the shorter 2.5km Wreck Walk that goes up past an Aboriginal rock shelter which is going to be very fascinating.

I’m looking forward to that. I think it goes out to Whale Rock as well and just a few other coastal viewpoints and you go through all this beautiful Australian native bushland.

The Abraham Bosoms rock shelter has been used by the Aboriginal people for 1900 years as a campsite and also a place they used to come and cook and repair all their fishing and hunting gear.

It’s really amazing that people here in Shoalhaven have protected the area because you have artefacts in there, things like shells and tools and bones that they’ve used to carve out for fishing hooks and things like that.

There’s also evidence of campfire as well ashes over the years.

One of the best things about the Shoalhaven region down here in the South Coast of New South Wales is they’re really embracing their Aboriginal culture and heritage down here and they’re trying to protect all the sites and provide as much information as possible for all the Indigenous history that they have here.

So big thumbs up to the Shoalhaven tourism board and the government’s here for doing their part to protect Australian culture and heritage.

If you come out on the Wreck Walk you make it out to Whale Rock which is where I’m standing now I think.

They call it Whale Rock because you can stand here and hopefully things are going your way you’ll see some humpback whales migrating during the winter time so I’m going to do a little bit of that.

We broke a valve on one of the tyres so we had to get that repaired.

I noticed water was coming from the back.

What is it Jarryd?

h so where the PVC connects up to the sink, it’s come loose and we had the grey water tank full because we didn’t have anywhere to dump it safely and we had water in the sink because we just finished our dishes and it popped up the plug and so water started draining straight out of the loose fitting ended up all over our van.

Yes. But now on the plus side we figured out what the problem is, it’s not something major we haven’t burst a pipe underneath the flooring or anything which is a good sign, or it’s not the fridge.

So I’m not a plumber at all. I’ve done a very minimal amount of plumbing in my life, I’ve worked in construction, but I’ve just avoided this kind of stuff because, any plumber’s watching no offence but I just didn’t want to be a plumber.

However this has been a fun experience because I’m finally learning a little bit more about how plumbing works.

So I’m just uh kind of drying everything, cleaning everything. I’m going to put it all back together and hopefully there’ll be no more leaks and everything will work as it’s meant to.

Such an epic morning here in Jervis Bay and we’re very lucky because we’re off to do some whale watching. Yay!

We’ve heard the whales are in the area we’ve heard actually they’re in the bay resting or not resting but sneaking in by so we’ll see if we can see some today.

After the whale watching tour make sure you go and check out the Maritime Museum which is just a short walk away.

While you’re there you can go and check out the boardwalk as well which goes out through the mangroves.

After you finish with your walk the best thing you can do is go and get a beer from the Jervis Bay Brewery.

This fantastic business is located in the industrial area and they make a mean brew. Don’t forget to check out the pizza as well if the guys are there.

If you like the video hit that thumbs up button, don’t forget to subscribe and turn on notifications as we bring out a new video every week.

Thanks for watching guys and we’ll see you on the next adventure. 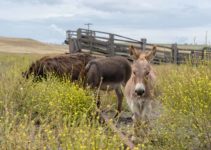 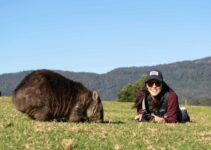